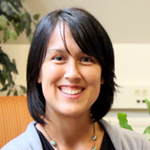 Becky Wai-Ling Packard is Professor of Psychology and Education and the Director of the Weissman Center for Leadership at Mount Holyoke College where she works on faculty mentoring and student leadership development initiatives. She is a first-generation college graduate who attended the University of Michigan for her bachelor's degree and Michigan State University for her Ph.D. in Educational Psychology.

For the past twenty years, Packard has researched the mentoring and persistence of individuals from diverse backgrounds including students of color, community-college transfer students, first-generation college students, and women, with a focus on science and technology careers. She has presented her work at the national-level, such as for the National Academy of Science and Council of Independent Colleges as well as the state and local levels. She conducts workshops for faculty on mentoring and advising initiatives, and workshops for professionals focused on mentoring and diversity within businesses, professional societies, and community organizations.

Her research has been generously supported by the National Science Foundation, through the CAREER program and the Gender in Science and Engineering program. In 2005, she was recognized by the White House with the Presidential Early Career Award for Scientists and Engineers (PECASE), the highest honor bestowed by the U.S. government on early career scientists. Packard has published articles in several scholarly journals and she has also appeared in the New York Times’ on-line education blog and Inside Higher Ed. Currently, she is co-PI on a STEM transfer project funded by the Division of Undergraduate Education and a Google-funded project focused on peer mentoring for women in computer science. Packard's recent Whiting award will focus on STEM policy levers in the U.S. and Europe. Her book "Successful STEM Mentoring Initiatives for Underrepresented Students: A Research-Based Guide for Faculty and Administrators” will be published by Stylus later this year.

Learn with us at a free conference of talks, workshops, coding challenges, food and fun!

Stay in the Loop! Join NERDs